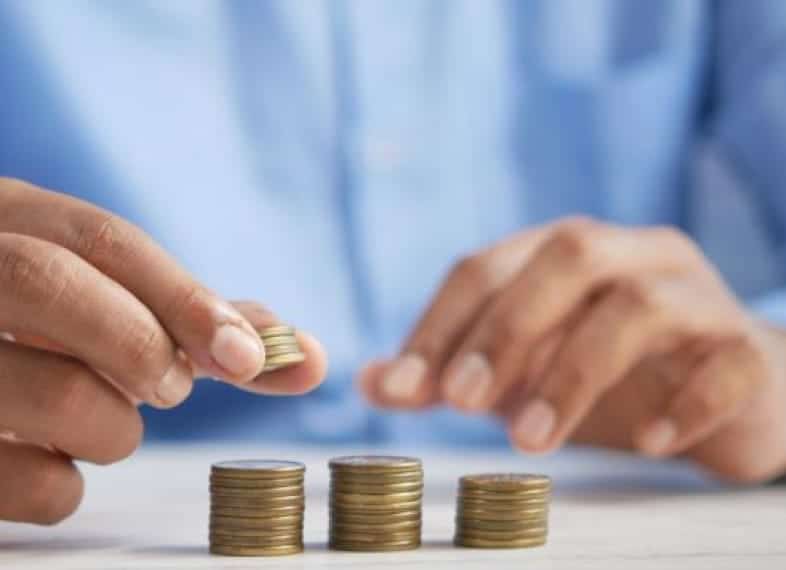 The Perennial Income Model™ was created and launched in 2007. Through all the ups and downs of the stock market, it has withstood the test of time. The initial goal of the model was to provide a logical format for investing and for generating inflation-adjusted income from investments during retirement. In the beginning, we did not fully anticipate all the accompanying benefits that would result from projecting a retiree’s income over such a long timeframe. However, our eyes have been opened to a number of benefits, one of them being how the Perennial Income Model acts as a ‘bad luck insurance policy’.

The Perennial Income Model can protect you if you are unlucky and happen to retire about the same time as a stock market crash. Every stock market correction is temporary, but that knowledge isn’t helpful if you are ill-prepared and are having to liquidate equities in down markets to support yourself.

Let me share with you an example, Mike had been carefully planning for his retirement for years and it was finally his turn. He wanted to be conservative as he selected investments for his retirement years, but he knew enough about investing to realize that a good part of his investment portfolio had to be invested into equities if he was going to keep ahead of inflation.

So, he reluctantly invested more than half of his portfolio in stock-related investments. Mike retired, and almost immediately his worst fears were realized, as the stock market dropped by 50%. His money was invested in a balanced mutual fund that was composed of 60% stock and 40% bonds. Unlike the working years, Mike couldn’t just wait for the stock market to recover, he had to withdraw a portion of his money every month from his mutual fund just to pay the bills. As Mike withdrew his monthly stipend, he realized that he was liquidating a proportional amount of stocks and bonds each month from his balanced mutual fund. This meant, he was systematically selling stocks at a loss every month that the stock market was down, and it could take months, or even a couple of years before the stock market recovered.

Mike was frustrated, and even a little angry. He thought to himself, “why did this happen to me? I anticipated, and planned for, every contingency of my retirement in detail, then the one thing that I have no control over trips me up. I must be the unluckiest person on the planet!”

Mike is not alone; this exact scenario happens and will continue to happen to millions of new retirees every time there is a market correction. It’s true when we are no longer contributing and we begin taking withdrawals from our accounts, the temporary ups and downs of the market can have a much bigger impact on our investments than when we were working and had time to wait out market corrections.

To be clear, Mike’s mistake wasn’t in being too aggressively invested because a 60% stock, 40% bond portfolio is a very reasonable allocation for a new retiree. His mistake was failing to have a plan that allowed him to only liquidate the least impacted, non-stock portion of his portfolio to provide immediate income during a market downturn.

To illustrate this point, let’s take the example of two investors, Mr. Green and Mr. Red. Both have decided to retire at age 65 and both have saved up a $1,000,000 nest egg. Each of them plan to withdraw 5% of their initial balance each year to have an annual income of $50,000. As you can see from the table, both average the same 6% return during their 25-year retirements, but Mr. Green ends up with more than $2,500,000 to pass on to his heirs at death, while Mr. Red runs out of money halfway through his retirement. How can this be?

Every aspect of their retirement experience is identical except for one thing: the sequence of their investment returns. 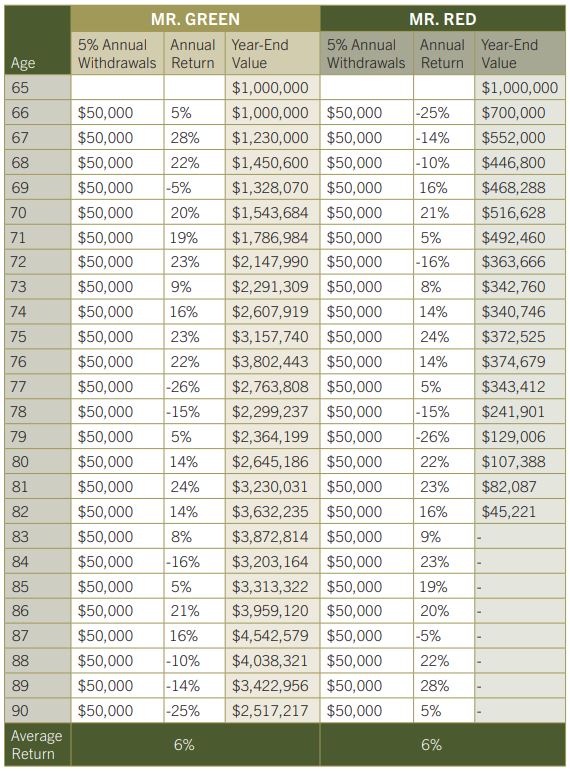 As you can see from the chart, Mr. Green experiences overall positive returns at the beginning of his retirement and a string of negative returns towards the end. Mr. Red experiences the same returns only in reverse. He goes through a series of negative returns at the beginning of retirement and the more positive returns come at the end. Again, both investors average the same 6% return over their 25 years of retirement. The sequence of those returns is the only difference. We can see from the table just how much of a difference the order of returns makes.

Set yourself up for retirement success

The good news is that it’s possible to set ourselves up to be successful no matter what the markets happen to do year by year. The Perennial Income Model is the bad luck insurance policy that can protect you from the pitfalls that Mr. Red experienced.

Mr. Red’s losses are realized as he liquidates equities in down years at a loss to cover his expenses. If Mr. Red were to have his portfolio organized according to the investment regimen provided by the Perennial Income Model, he would not be in a position where he would have to liquidate stocks in down years to provide income. He would have a buffer of conservative investments to draw income from while giving the more aggressive part of his portfolio a chance to rebound when the stock market temporarily experiences periods of turbulence.

The Perennial Income Model’s design is intended to give immediate income from safe, low-volatility types of investments. At the same time, it furnishes you with long-term, inflation-fighting equities in your portfolio, equities that won’t be called upon to provide income for years down the road. Market corrections typically last for months, not years. So, even if you are the unluckiest person on the planet and your retirement coincides with a market crash, your long-term retirement plans won’t be derailed as long as you are following the investment guidelines found within the Perennial Income Model. 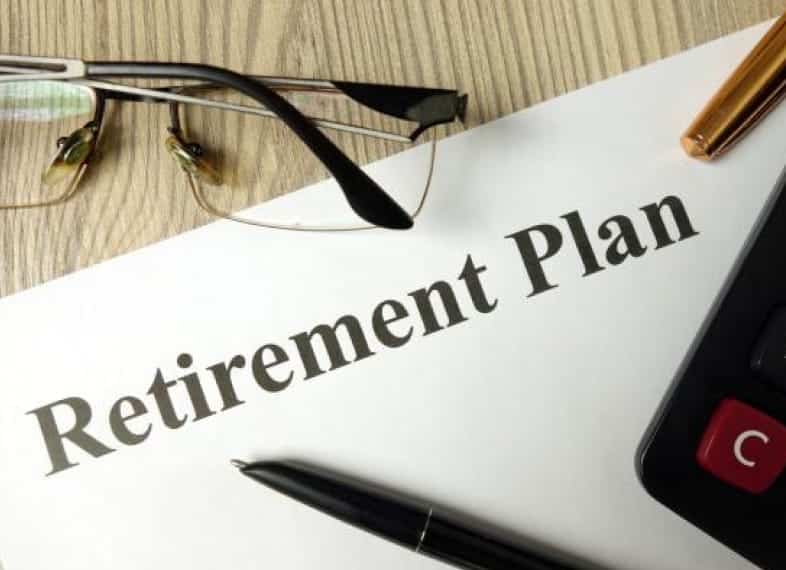 The three building blocks to a retirement plan are income and investments, taxes, and legacy. If your plan is built on these three blocks you should have the necessary information to answer the following crucial questions retirement planning questions.

4 Questions your Retirement Plan Should Answer

1. Do I have enough money to satisfy my income needs in retirement?

2. How do I invest my money to ensure this income lasts throughout retirement?

3. What can I do to protect my income from taxes?

If your retirement plan doesn’t give you the necessary information to answer those four questions, then it’s a poor plan and you should find something better. If it does, then you’re on the right track.

3 Building Blocks to a Retirement Plan

The Perennial Income Model achieves both these objectives, letting you know how much income you can expect to have in retirement and how to invest your money to ensure your income lasts throughout retirement. It’s up to you to determine if this amount of income will satisfy your income needs in retirement.

The goal of tax planning is to pay the least amount of income tax, not just in the first year of retirement but throughout all of retirement. Knowing what your income will be over the next 30 years allows you to build a long-term tax plan. This is exactly what the Perennial Income Model does, allowing you to build an efficient tax plan throughout your retirement.

The different tax strategies that can be used are beyond the scope of this post, you can learn more about them here, but they include using tax-efficient investment funds, minimizing Required Minimum Distributions, utilizing Roth conversion, and charitable giving strategies.

Once your income is secure throughout retirement you move on to the Legacy building block.

The goal of the Legacy building block is to effectively and efficiently transfer your assets to who you want them to go to when you die.

Knowing how much you will have at the end of your retirement plan gives you the insight needed to make those decisions and to know if you should be concerned about estate taxes. People typically fall into one of three groups:

The different estate tax strategies that can be used are more than can be covered here but they include creating a gifting plan, knowing which accounts should be donated to charity, and moving money out of your estate to avoid estate taxes.

The Perennial Income Model lets you know how much you will have at the end of your plan, giving you the necessary insight into how much you’d like your heirs to have and when they receive their money. It also allows you to know if you need an estate tax plan.

When presented with a retirement plan, whether it be by Peterson Wealth Advisors or someone else, you need to first ask yourself “will the income from this plan be enough for my retirement needs?” If the answer is yes, then ask your advisor these three crucial follow-up questions to make sure your retirement plan will succeed:

The Perennial Income Model is based upon the three building blocks of a retirement plan – income and investments, taxes, and legacy – giving you the necessary information to answer these retirement questions.

Ready to discuss your retirement plan? Schedule a complimentary consultation.